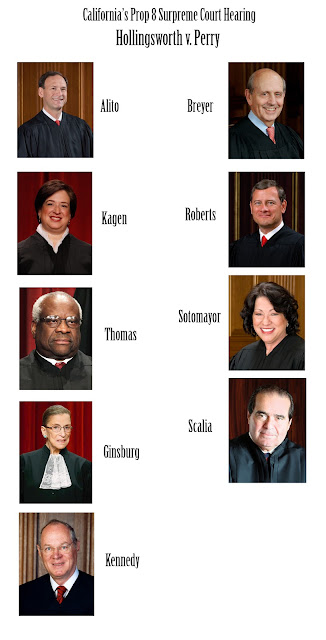 Today was the first day supreme court justices heard oral arguments for Prop 8. How will these nine individual justices rule after its all over?
Posted by The Peoples Underground at 12:20 PM No comments: 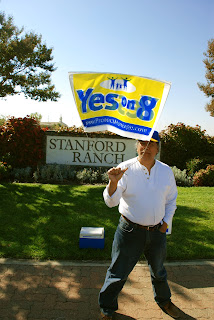 On Tuesday march 26th the supreme court will hear arguments for the constitutionality of both the defense of marriage act (DOMA) and California's controversial proposition 8.


Although I am not a supreme court justice, I have indeed heard heated arguments about this topic for years. As a California resident, when prop 8 passed, believe me everyone had an opinion. The most common points I heard articulated by those against marriage equality, was that marriage is not a right, but rather a "privilege" and that since the voters cast their votes against equality the legislature should listen to the people rather than the courts.
I find the argument about whether marriage is a right or a privilege moot. Let's assume those arguing this point are valid in their assumptions and marriage is indeed a privilege. Would the courts not be responsible for securing equal access for privileges based on some kind of merit aside from sexual orientation? Driving is a privilege that can be taken away once a driver has violated specific laws. What laws have LGBT people violated to have the "privilege" of marriage taken away?

In regard to those who say that courts should respect the voters decisions, I would draw their attention to the fact that if we had a vote on slavery today there would be certain states that would indeed vote for the disenfranchisement and bondage of fellow human beings. The law exists not only as a branch and check on a larger system of governence for the people by the people, but also as a mechanism to protect minorities from the mob of popular public opinion. All people are guaranteed equal protection under the law even if most of the people in a particular state really don't want them to have it.

What do you think?
Posted by The Peoples Underground at 3:41 PM No comments: 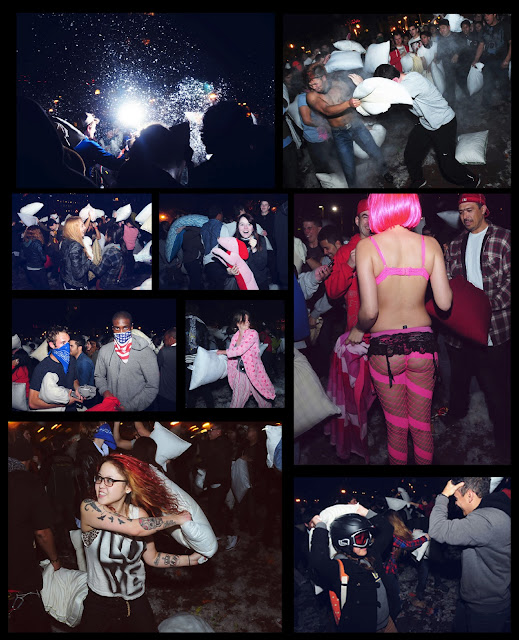 
The Annual pillow fight event that happens in the Embarcadero Towers in San Francisco. I really enjoy how the bay area has so many flash mob style event organized by the people.

Posted by The Peoples Underground at 2:52 PM No comments: 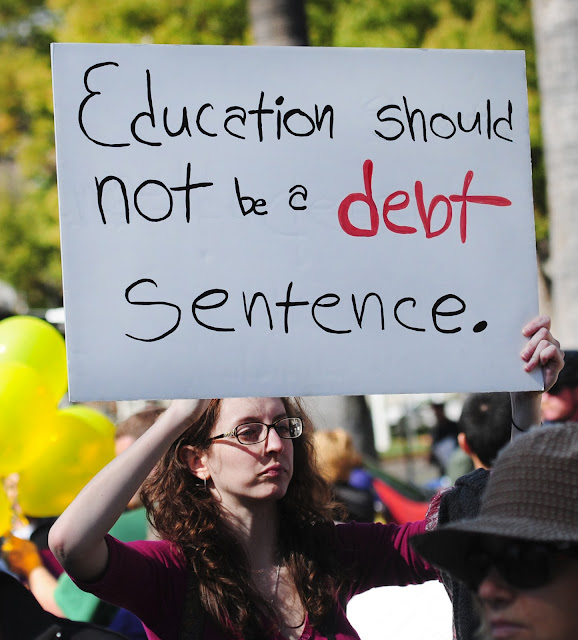 Photo by Alex Arnold
I think this image really sums it up. In the same way you can tell what a man worships by the things he spends his gold on. A societies values can be measured by what it protects, funds, or sweeps under the rug. Every year the price of school jumps for no apparent reason. No one wants to talk about it but we students see the presidents of our schools walking onto campus with freshly pressed suits and 6 figure salaries.

Posted by The Peoples Underground at 11:47 AM No comments: 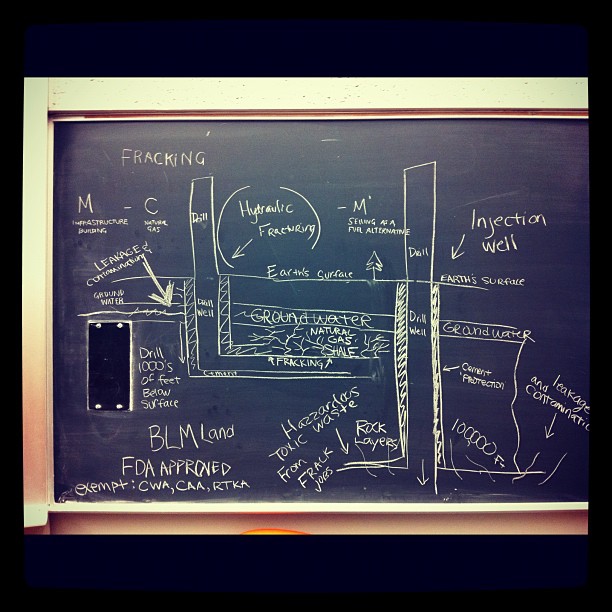 Perkins, Nancy D. "The Fracturing of Place: The Regulation of Marcellus Shale Development and the Subordination of Local Experience."Fordham Envtl. Law Rev. 23 (2012): 44-203.