Protesters in Berkeley California stopped an Amtrak train by parking and laying on the tracks.  I was on the train the protesters stopped coming back from Sacramento to the Bay area. I had been wanting to join the protests all week so I took the opportunity, jumped off the train and joined them. Protests in Berkeley and Oakland have halted I-80 freeway traffic as well as the Amtrak transit. Protesters have a simple message, life will not go on as usual as innocence are brutally slain without legal consequences. Michael Brown parents wanted cops to have cameras to add transparency but as we saw with Eric Garner video evidence doesn't matter.  All images are copyrighted call 916.316.2090 or email alexarnoldfoto@yahoo.com for usage licenses. 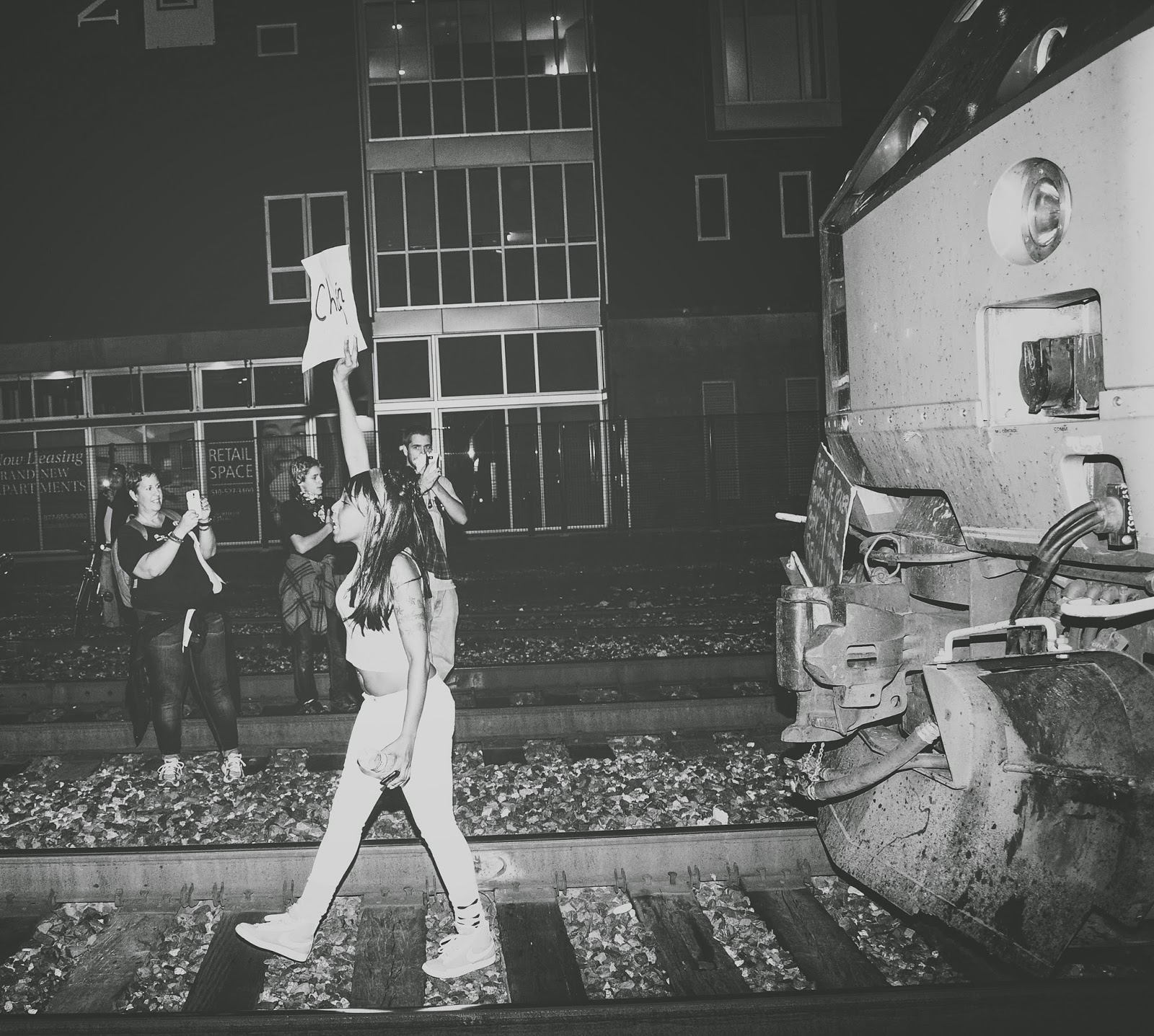 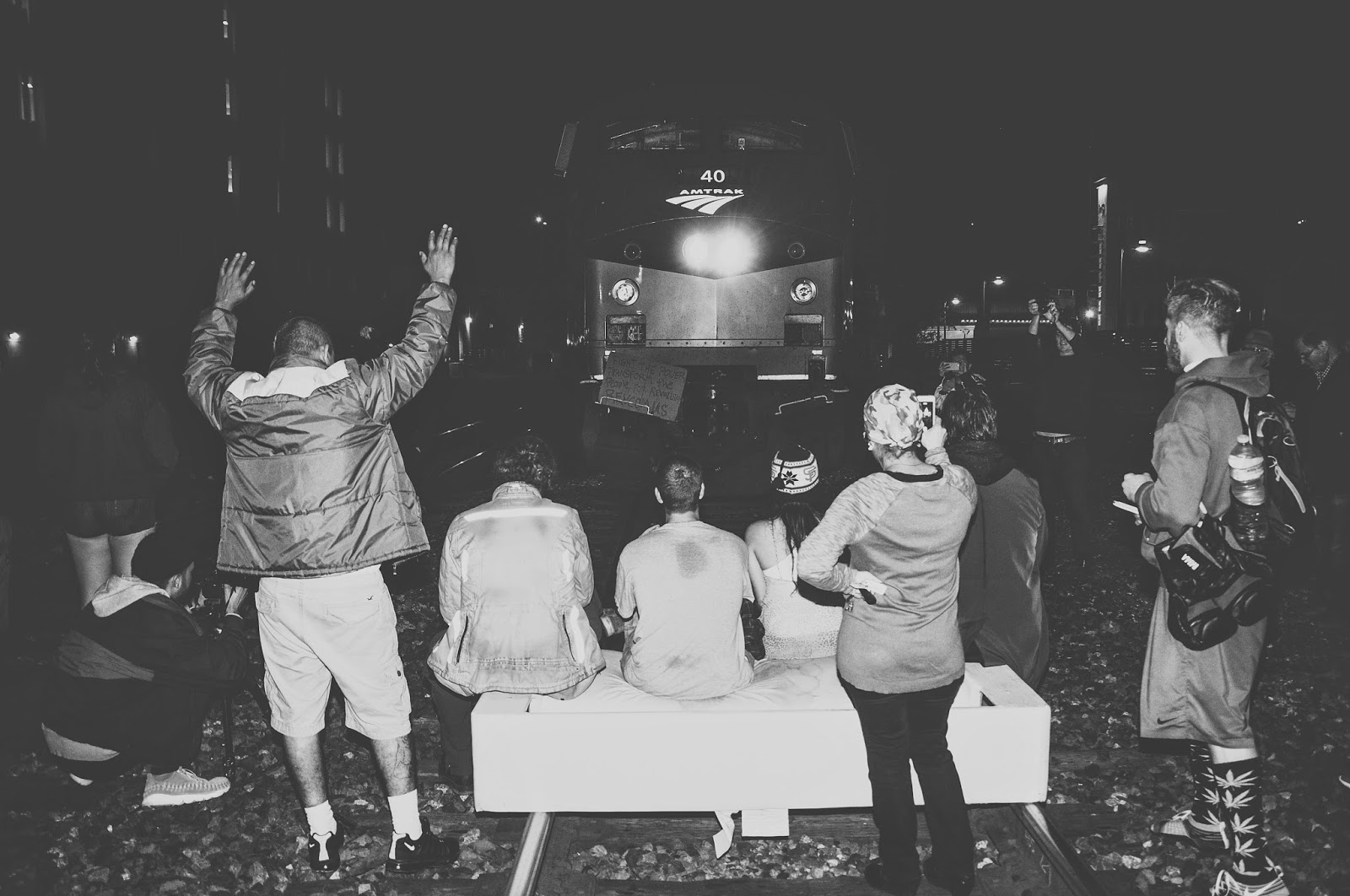 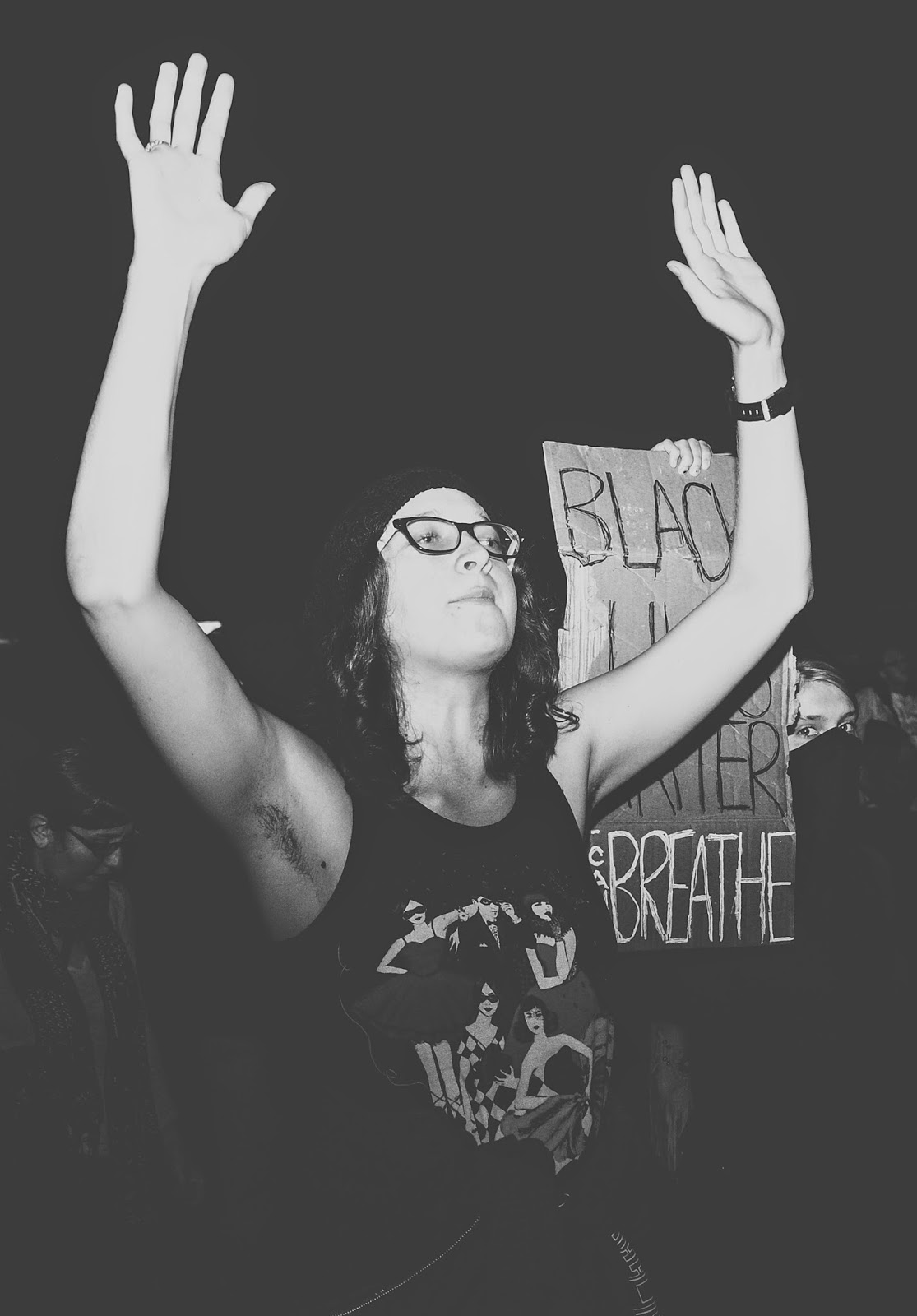 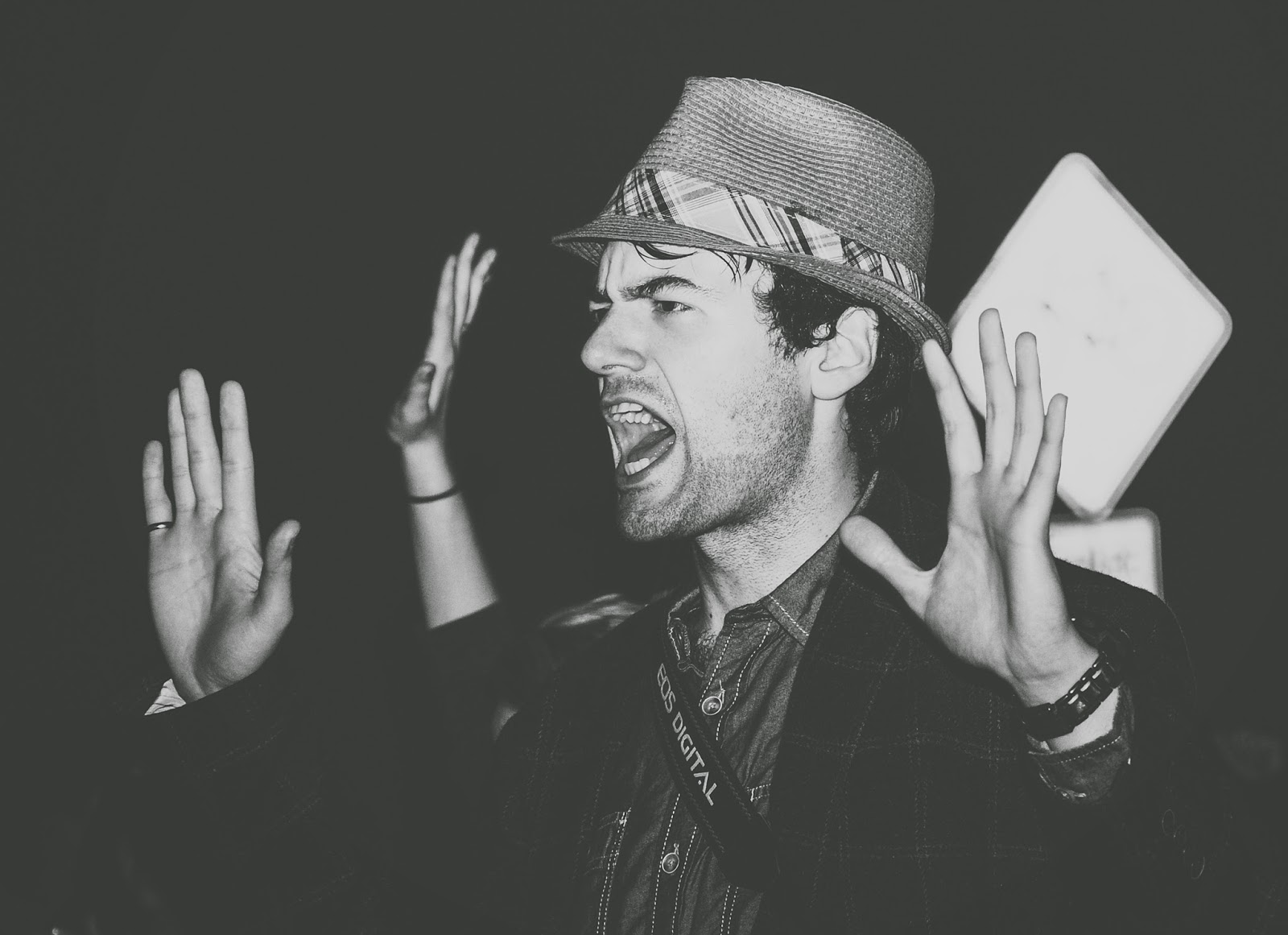 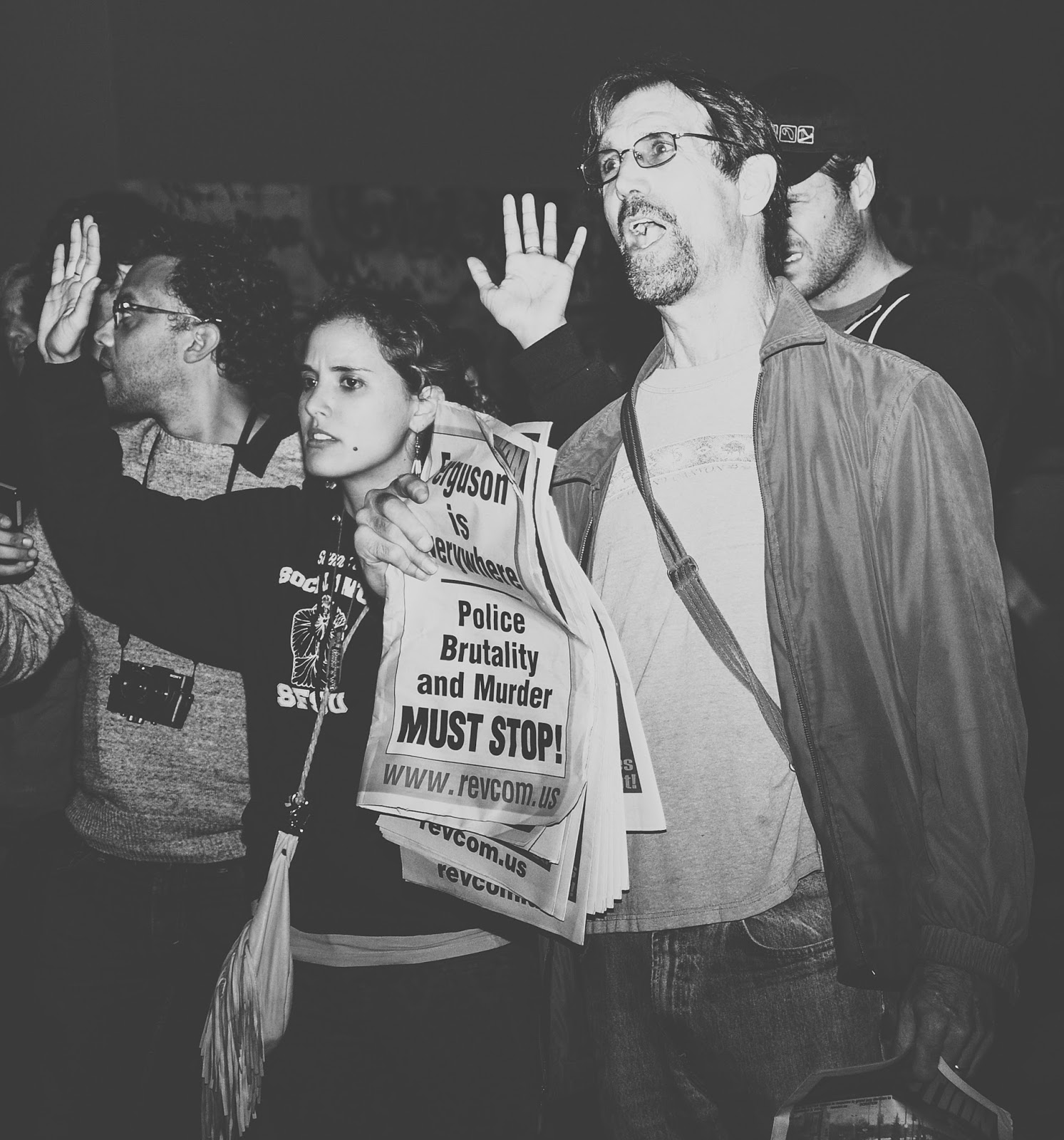 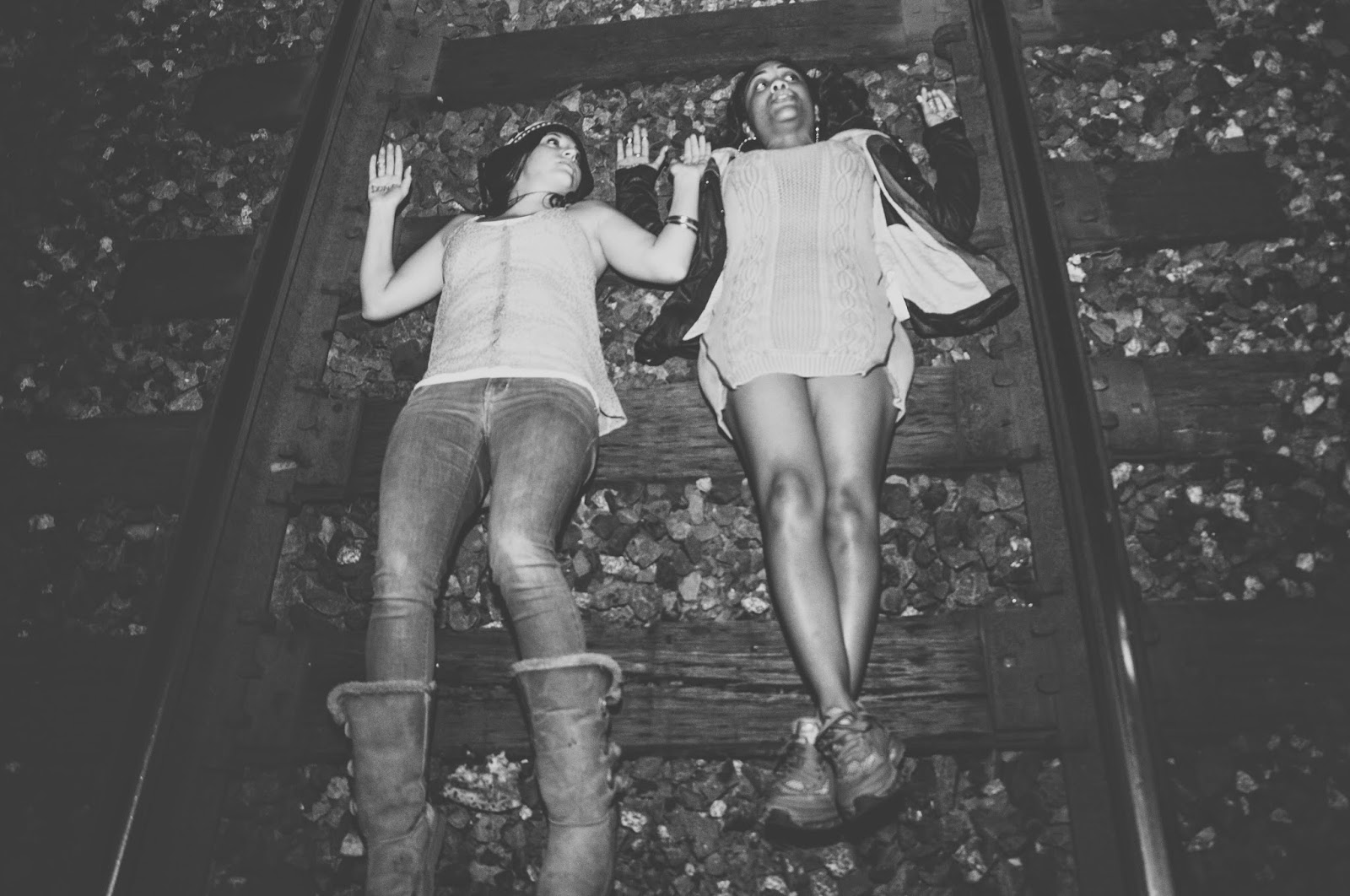 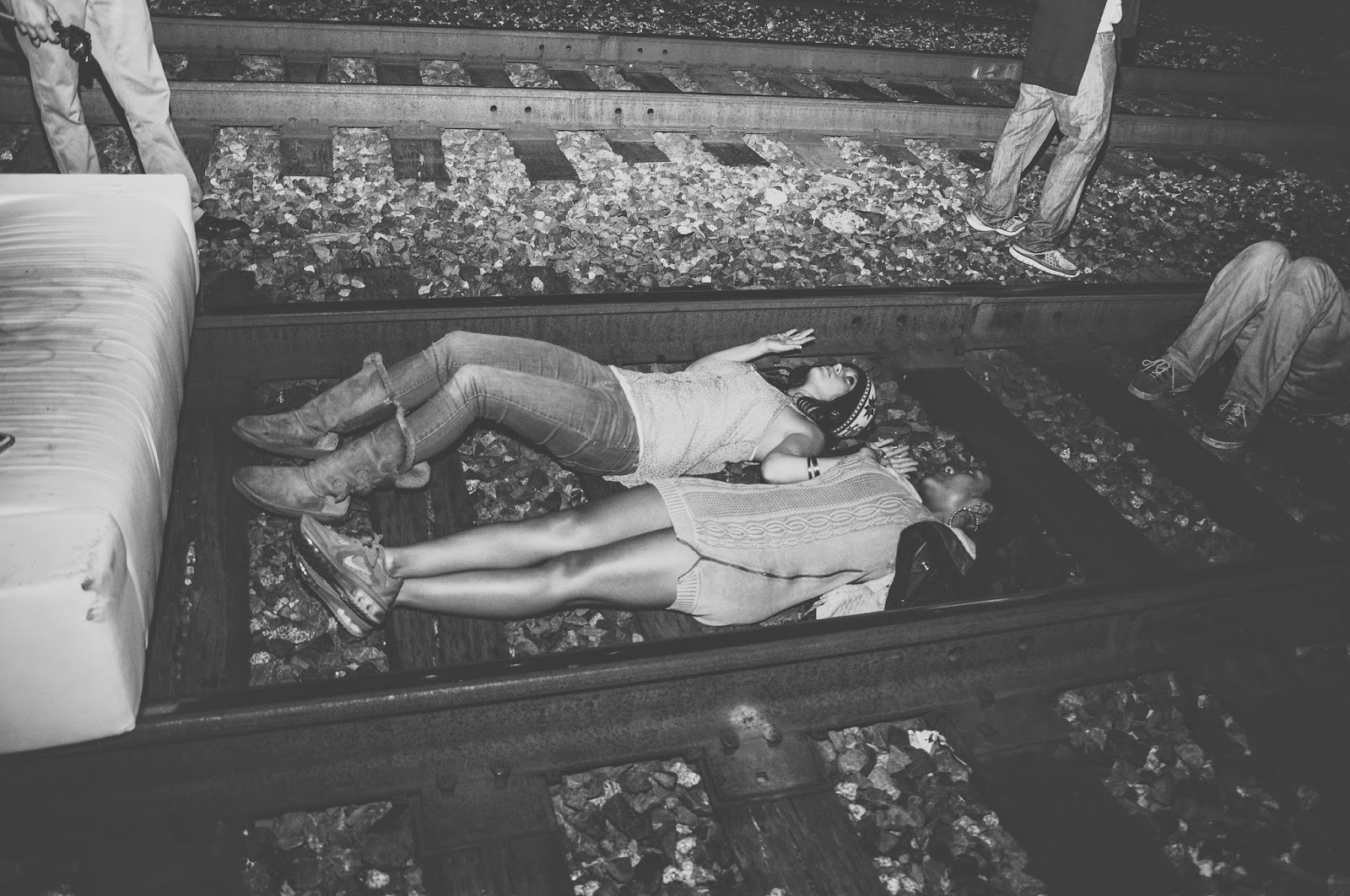 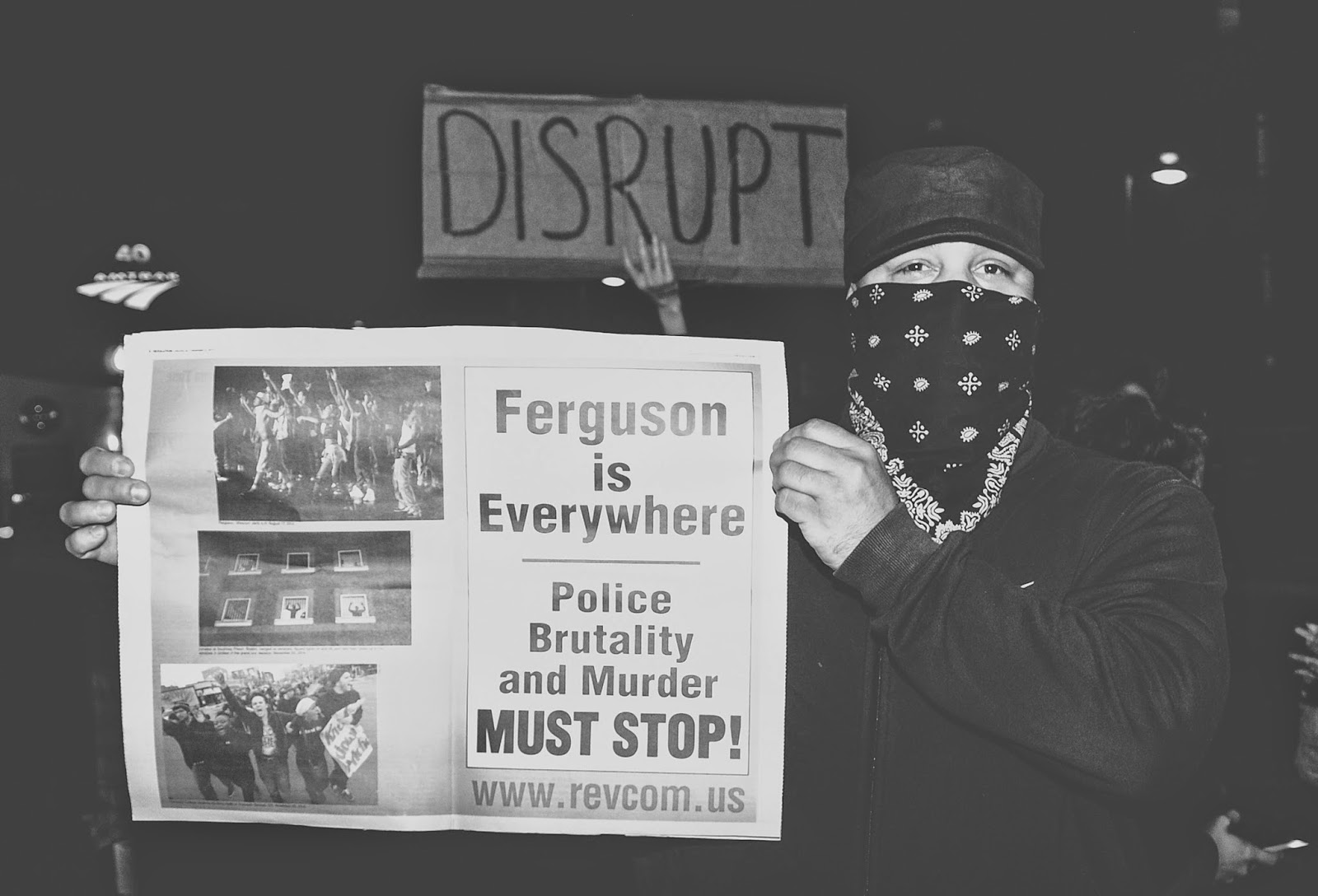 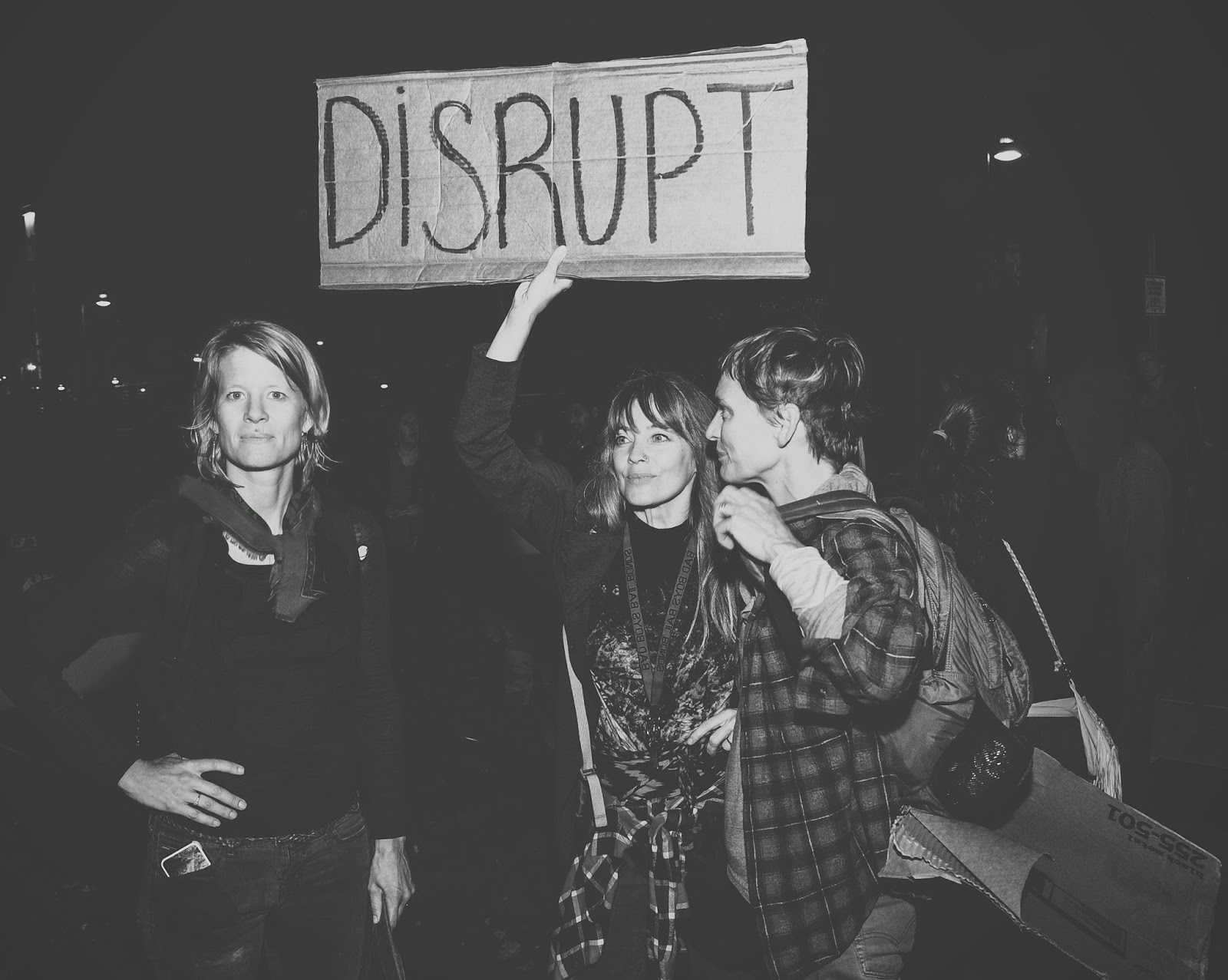 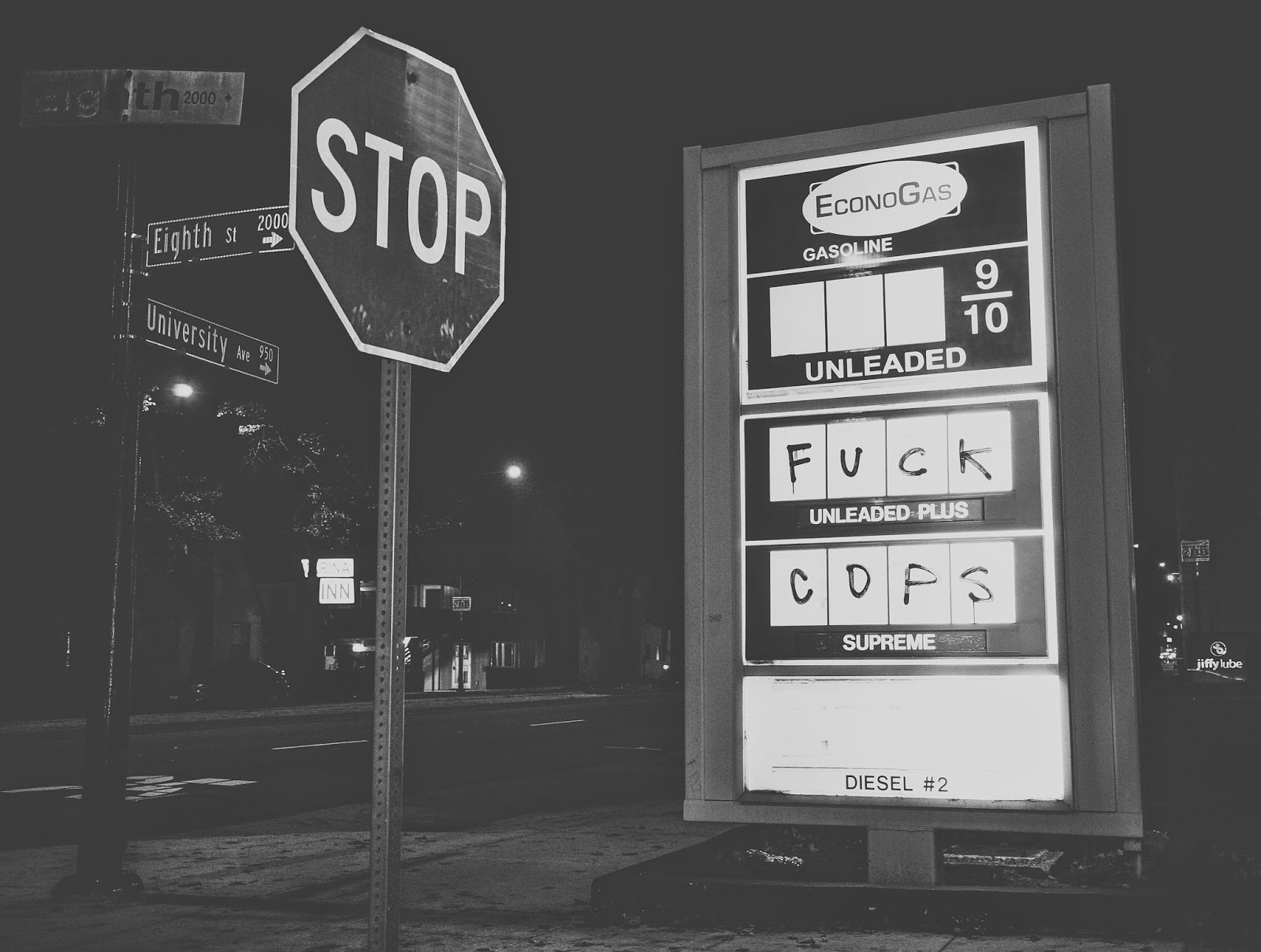 Posted by The Peoples Underground at 11:10 PM No comments: